The mysterious phenomenon of brochette’s look

Much has been written about baby diapers, and it’s a subject that’s been tackled from different views. Some stand for disposable diapers, others are in favor of cloth diapers, the ones you can wash and reuse, and there are some others that avoid the use of diapers as much as possible.

Personally, I think that the diversity of opinions is enriching because it provides us with different ideas to reflect that we may haven’t thought about. But my intention is not to start this debate because each one of us is free to act according to its principles.

In the only facet that I do like to point out my opinion is the importance of using the appropriate diaper size for your kid; neither too big nor too small. If the diaper is too big, it won’t fit to your kid’s body and its volume will be excessive regarded to your kid’s size; so, it’ll make to keep an unsuitable legs position to your baby that may have unwanted consequences in the future. By the other hand, if the diaper is too small it will fit too tight to your kid, decreasing the quality of his movement.

So far, I can imagine that I haven’t told you anything new; in fact, today I’d like to reflect on a subject that may be familiar to you:

Why many of the baby clothing doesn’t consider the diaper’s volume?

Even though it may seem evident that baby clothes have to take into account that the kid that’s going to wear them will use diapers, we can find on the market too many cases in which this is not true. I’ve realized that this fact is emphasized in girls’ clothes, because the boys’ ones are usually designed with wider silhouettes, although they have problems too.

Too tight pants in which babies look alike a diaper’s brochette, trousers made of flat fabric (non elastic fabric) that make you sweat blood to get your kid dressed, and with a zip fly and a button as a whole lot. Skirts that lift as they were a tutu showing the entire diaper or that get stuck to it because they’re too tight…

When I speak with friends that have children about this some of them tell me that they solve the problem sizing up, but then the waist is too big or the pants are too large. So, they just change problems, but they don’t solve them. Not to mention the size subject because this is another enigma that remains unsolved.

What I’m talking about is that, as I see it, pants, skirts, overalls, pinafore dresses, onesies… all kinds of baby clothes that cover a diaper have to have room for it. I wouldn’t say that the size three month have to suit to your three months baby, because besides there’s no regulation about that, the human sizes change accorded to our genes.

In rough outlines, a German has not the same physique than a Japanese or a Peruvian. Though, I do believe that clothes should have specific proportions in which the diaper’s volume has to be included.

What it may seem an anecdote without further ado it made me stop and think.

How many garments are being produced that won’t be used?

What does that mean economically for both families and on a global level?

And what about the amount of residues that have been generated?

Too often I feel that the Fashion world and children’s needs do not go hand in hand; and I truly believe that the reason is a lack of information.

And what can you do?

Just make sure that when buying your kid’s clothes the diaper fits easily in them; and that, at the same time, clothes make easy the movement of your little one’s legs. To this end, you can choose clothes made of elastic fabric, for example jersey pants.

And if you see that the clothes don’t fulfill the requirements don’t buy them because, in the end, you won’t use them. They won’t be useful to you for dressing and undressing your kid, and also you’ll see that your baby neither feels comfortable using them. And we don’t want to waste money foolishly.

So now is your turn, I’d love to know your personal experience.
Does this situation sound familiar to you? I’m all ears!
We’ll meet on the comments below.

All the best,
Laia

RELATED POSTS
> Can clothing contribute to the wellbeing of your children?
> Achieving their own wellness 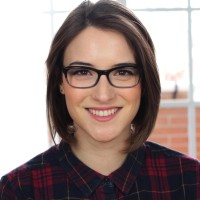 Laia
Hi! I’m Laia, specialist in Ergonomic Children Fashion Design. I’d like to help you knowing the appropriate clothing that helps children grow and develop respecting their times, favoring their autonomy and increasing their wellbeing.

What clothes to choose for that your preschooler kids enjoy the most their autonomy in their back to school | JERSEYS, COATS AND SCARVES
20th September 2016

What clothes to choose for that your preschooler kids enjoy the most their autonomy in their back to school | DRESSES, SHIRTS AND OVERALLS
13th September 2016